Here are some of the famous faces who passed away in March 2020.

“Inside the Actors Studio” television show host James Lipton passed away on March 2 after losing his battle with bladder cancer. He was 93 years old.

American actor Nicholas Tucci, best known for his roles in “You’re Next” and “Channel Zero,” died on March 3 as a result of an undisclosed “private illness” — though he died at Smilow Cancer Hospital. He was 38 years old.

We’re saddened to hear the tragic news that soap legend Roscoe Born passed away today. Our thoughts are with his family and loved ones during this difficult time. pic.twitter.com/ME78ojSIjC

“The Young and the Restless” and “One Life to Live” soap opera actor Roscoe Born died by suicide at age 69 on March 3. 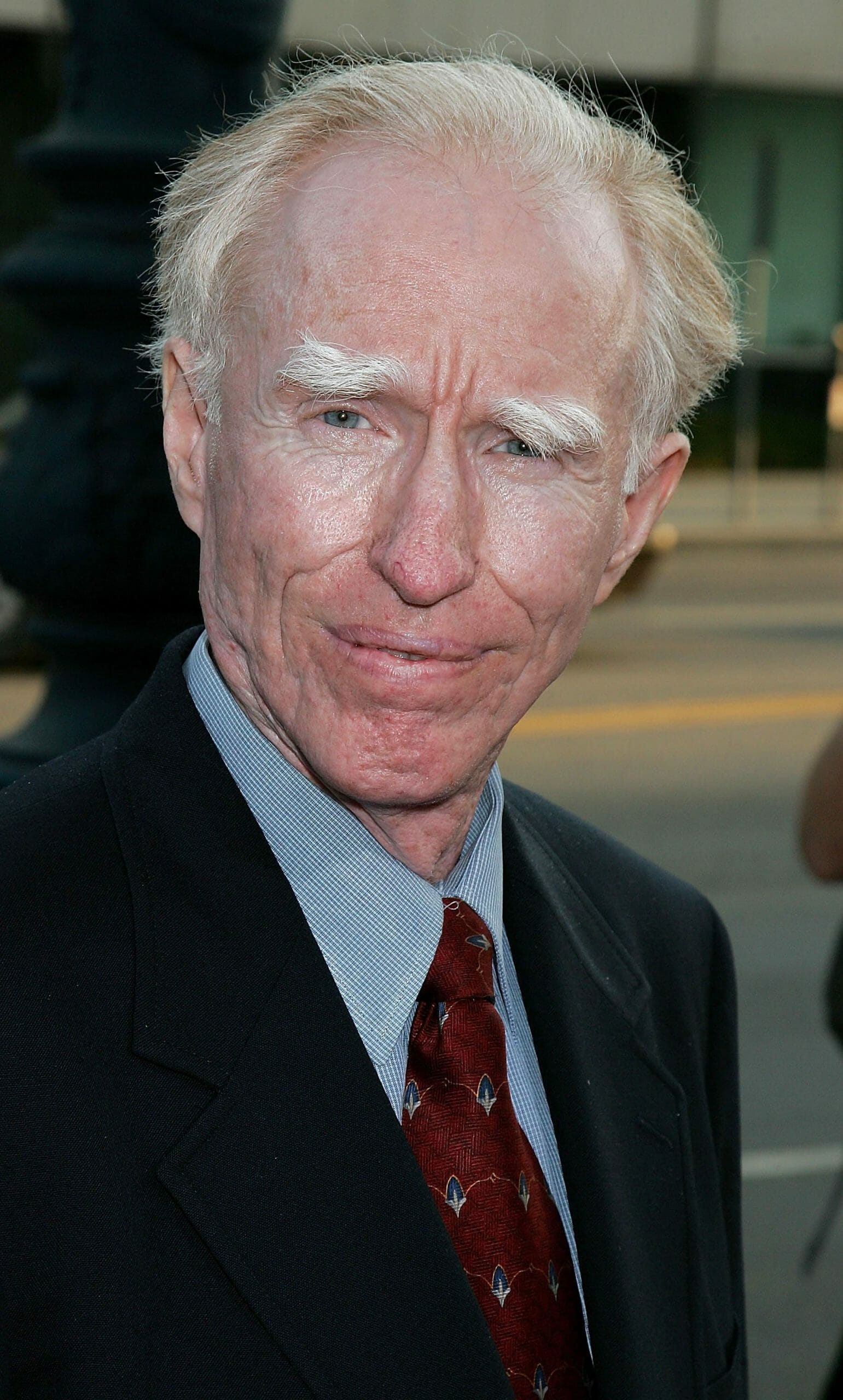 Actor James Otis attends the premiere of “The Black Dahlia” at the Academy of Motion Picture Arts and Sciences on September 6, 2006 in Beverly Hills, California. (David Livingston / Getty Images)

Otis was most known for his roles in “The Prestige,” “The Black Dahlia” and “Star Trek.”

CC, the world’s first cloned cat, passed away yesterday at the age of 18.

CC — short for Copy Cat — was born at @tamuvetmed in 2001, and she was the mother of three kittens who are living happy, healthy lives with their owner: https://t.co/nW0N1mAHtv pic.twitter.com/J6wNzS8rqW

The first ever cloned cat and cloned pet, Copy Cat, better known as CC, died in Texas on March 3 at the age of 18, according to NPR. Her DNA was identical to her doner, but she had a different personality and coat.

#RIP Barbara Martin died yesterday in Detroit.
She replaced Betty McGlown in 1960 when the quartet was still called “The Primettes”, and left in late 1962 when they were already signed with Motown under a name “The Supremes”, and the group continued as a trio. pic.twitter.com/9QMPK3wfiV

Singer Barbara Martin, 76, died on March 4. According to Billboard, Martin was an original member of the female Motown quartet The Supremes in the 1960s.

McCoy Tyrner, a legendary pianist for the 1960s Jazz group John Coltrane Quartet, died at his home in New Jersey on March 6, according to NPR.

Today, we remember the life and career of Henri Richard. pic.twitter.com/iFrBbFpA9a

1950s NHL Canadian Hall of Famer Henri Richard passed away on March 6 at age 84. According to The New York Times, Richard played for 11 Stanley Cup winning teams throughout his career.

Swedish-born actor Max von Sydow passed away on March 8. He was most known for his roles in “The Exorcist” and “The Seventh Seal.”

To my amazing and crazy brother. You might be gone but it’s true when people say “gone but never forgotten”. Saying that you were a blessing is an understatement. You brought light to so many lives and you did so much with the too short of a life that you had. I had the privilege of growing up side by side with you for an absolutely wild 21 years. Believe me when I say that you drove me so insane at times, but you were also a part of some of my most cherished memories. I am so so happy to know that I was beyond loved by you and that I forever have a guardian angel by my side. Rest In Peace Lorenzo, I love you now and I’ll love you forever. ❤️

Child-Actor Lorenzo Brino, 21, died in a car accident on March 9. Brino was most known for his role in the popular family drama, “7th Heaven,” which aired from 1999-2007.

One of Bellman’s first Marvel comic book assignments was the famous Captain America in the 1940s.

Stuart Whitman, 92 , passed away from his battle with skin cancer on March 16.

The actor was probably known for his roles in the 1951 film “When Worlds Collide” and 1961’s “The Comancheros.”

Actor Lyle Waggoner, who died Tuesday at 84, also started the Star Waggons company that is responsible for so many of the trailers now seen across TV and film sets nationwide https://t.co/EzisJkwKSp

Lyle Waggoner, famous for his roles on the “Carol Burnett Show” and as Steve Trevor on “Wonder Woman” in the 1970s, died due to cancer at his home on March 17 with his wife by his side. Waggoner was 84 years old.

I’m deeply saddened to hear that Apollo astronaut Al Worden has passed away. Al was an American hero whose achievements in space and on Earth will never be forgotten. My prayers are with his family and friends. https://t.co/ZUx1yMv6iJ pic.twitter.com/Y7F6RT1foZ

Country Music legend Kenny Rogers died on March 20 at the age of 81.

He passed on in his sleep, which according to his famous song “The Gambler,” is “the best that you can hope for.”

According to Rolling Stone, he died at the age of 80 after struggling with dementia for 5 years.

According to the AP, he died in his home at the age of 92.

William Dufris, who was best known as the voice actor for “Bob the Builder,” died on March 24.

He passed away from cancer at the age of 62, according to Deadline.

Rabbi Cohn lived an incredible life of service, helping 56 families escape Nazi tyranny. 2 months after he led the House in opening prayer, I hope you’ll join me in praying for him & his family. יהי זיכרו ברוך pic.twitter.com/aIFpBnRNWC

Holocaust survivor Romi Cohn, 91, passed away on March 24 due to complications from the coronavirus, according to CNN. He helped 56 families escape the Holocaust at the age of 16.

He passed away due to complications from the coronavirus at the age of 59.

Fred “Curly” Neal – the Harlem Globetrotters icon known worldwide for his trademark shaved head and charismatic smile – passed away this morning in his home outside of Houston at the age of 77. pic.twitter.com/JdZa6zTvZU

On March 26, exhibition basketball star Fred “Curly” Neal passed away in his home at the age of 77. Neal played for the Harlem Globetrotters from 1963 to 1985.

I Want to Acknowledge the Passing of a remarkable Human, fellow actor and friend Mark Blum, who succumbed to Coronavirus. This is really tragic and my heart goes out to him, his family and his loved ones. I remember him as funny warm, loving .and professional when we made Desperately Seeking Susan in 1985!! Another reminder that this virus is no joke, nothing to be casual about or pretend wont affect us in some way. ♥️ we need to stay grateful -be hopeful- help each other-and follow the quarantine rules! #covid_19 #markblum #desperatelyseekingsusan

“Law & Order” actor Mark Blum passed away on March 25 due to complications from the coronavirus. He was 69 years old.

David Schramm, who was best known for his contributions to theater and his role on the NBC sitcom “Wings,” passed away on March 28. According to The Washington Post, he died from a heart attack in his home.

Country singer-songwriter Jan Howard passed away at the age of 91.

According to People, she was the oldest living member of the Grand Ole Opry before she died in her sleep on March 28.

May Flights of Angels Wing You to Your Rest my Dear Friend. Your bigger than life, gregarious personality will leave a hole in our hearts forever. We are devastated-My great friend, co parent partner, and loving father to Kaya. That big belly laugh, bear hugs, bad puns, ability to harmonize to any song, great kitchen table singing-fests, and two steppin bad ass! “Johnny Numbers”, my All My Children soap stud, the great time keeper, Beatles fanatic ( I wish to God we could go back to “Yesterday”)… Kaya and I are beyond broken hearted, so stunned, sorry that my thoughts are a mess. You gave the best most beautifully written tributes, and I am at a complete loss for words right now for you. I hope Heaven has baseball and that your team always wins! The Yankees has just lost their biggest Fan. ♥️♥️♥️♥️♥️🙏🏼🙏🏼🙏🏼🙏🏼

John Callahan, who was best known for his role on the ABC drama “All My Children,” died from a stroke on March 28. He was 66 years old, according to Fox News.

Country singer Joe Diffie passed away on March 29, two days after he announced that he had tested positive for coronavirus. The 61-year-old topped the charts in the 1990s with honky-tonk hits like “Home” and “Pickup Man.”

Alan Merrill, co-writer of the song “I Love Rock and Roll,” died on March 29 due to complications from the coronavirus.

The love of my life, my darling husband Vincent Marzello, died this morning. To those who knew him, I am sorry to post the news rather than contact you personally, but I am overwhelmed. My heart is broken. pic.twitter.com/47obW2lQmu

“The Witches” actor Vincent Marzello died on March 31 at the age of 68 after being diagnosed with dementia in 2009, according to Variety. He was also known for his roles in two James Bond movies and in “Superman.”

We lost a man today. Andrew Jack was diagnosed with Coronavirus 2 days ago. He was in no pain, and he slipped away peacefully knowing that his family were all ‘with’ him.

Andrew Jack, a highly successful dialect coach and actor known for his work on the “Lord of the Rings” trilogy and the “Star Wars” franchise, passed away on March 31 due to complications from the coronavirus. He was 76.

“Yogi Bear” voice actress Julie Bennett died on March 31 due to complications from the COVID-19. She was 88 years old, according to The Hollywood Reporter.